It was January when we were approached with the non-wintery matter of Victoria's Secret swimwear, lingerie and accessories sale. Before contacting the agency, the client had been independently running context ads and driving sales, but due to incorrect Google Analytics counter settings, the real source of the transactions was undetectable.

We set up the following main goal — reduce the advertising budget by 30% while retaining the existing number of transactions.

Do you have clients in this niche? Find out our digital solutions to help your business take off.

We properly configured the tracking of the channels which were driving traffic to the site. We also worked on optimization of semantics selection, negative keywords, account and ad structure optimization, and examined the optimal placement strategies. At the time, the monthly costs of the ads were up to $2,448.5, and the website’s monthly revenue was approximately $21,495.87. After the first month of our campaign, ads expense decreased by 13.5% to $2,117.5, and the website revenue soared 57.5% to $35,510.75.

Still, it is worth keeping in mind that the seasonal factor played a significant role. According to Google Trends, interest in swimwear starts to increase in January. This seasonal fluctuation made our task easier because it increased our chances of getting more transactions. At the same time, it made our work more complicated, since we were also aiming to reduce the costs of the advertising campaign.

The results were obvious! The majority of transactions were related to brand queries. Therefore, we added more variations to «Victoria's Secret» related phrases. We also improved the visibility of the site in special placement with regards to the keywords. The second best result in efficiency was shown by remarketing campaigns and search campaigns with general queries on swimsuits. While remarketing, we used text ads and banners with beautiful models, reaching a CTR of 1.26%.

Last but not least, Google Display Network provided us with interesting findings. We singled out two groups of people:

As a result, the campaign covered 95% of young women and 5% of men. Only women made transactions, and no purchases were made by men. The “outsider” lingerie campaigns were disabled, and their budget was forwarded to the dynamic ad campaigns on swimwear. The large list of more than 200 negative keywords significantly contributed to the cost efficiency.

Our campaign’s second goal was to boost sales. After demonstrating our results and positive predictions to the client, we agreed to step up the budget to $3,125 and run Yandex.Direct with a budget of $625, which was later increased to $1,250. 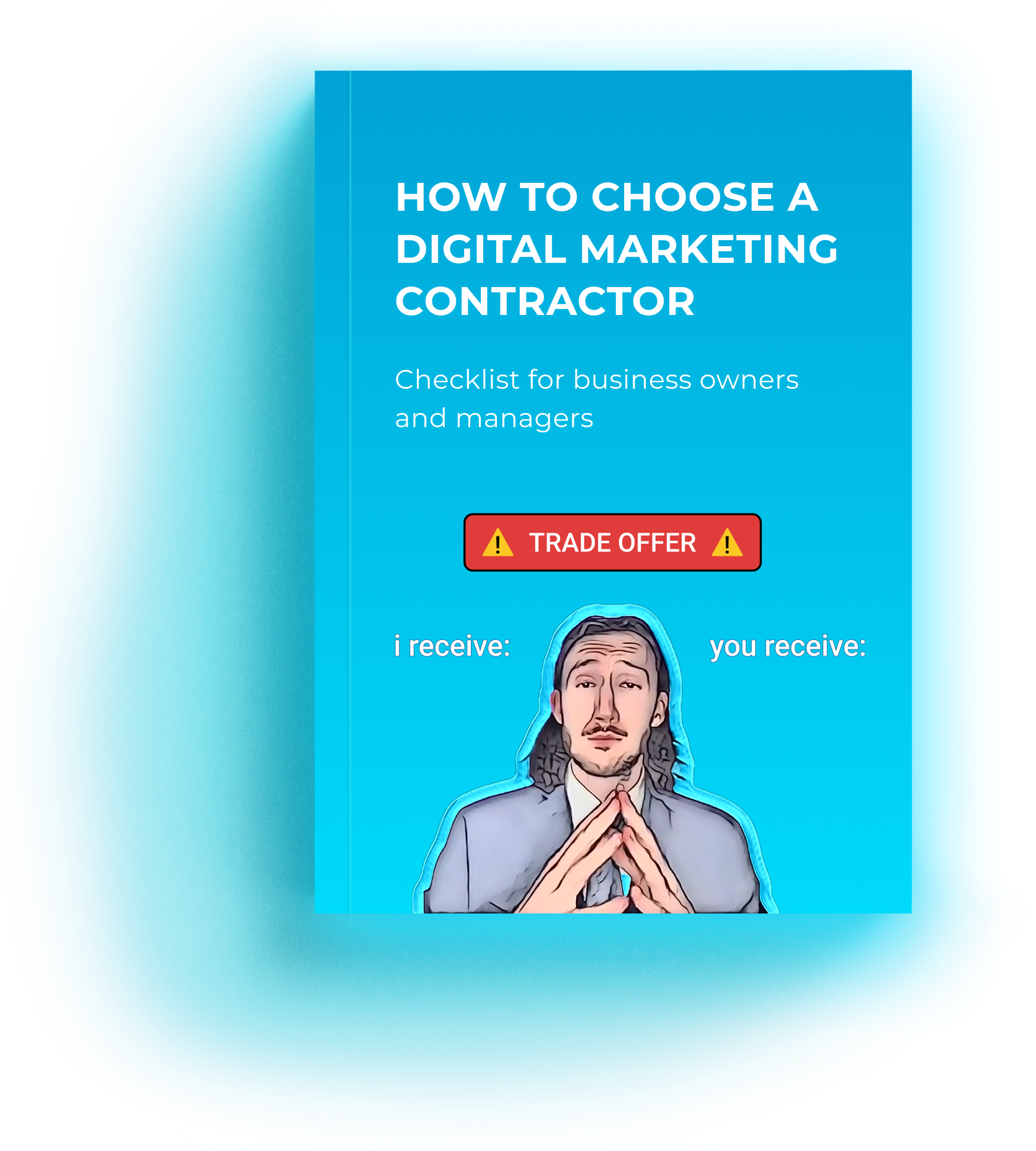 Get the checklist
With the help of this checklist, you can succeed in picking the best contractor for your needs.
How to Choose a Digital Marketing Contractor

2
Found a mistake? Select it and press Ctrl + Enter

How to Implement Universal Analytics With Google Tag Manager?

How to Connect Google Search Console to Google Analytics?

This article will teach you how to connect your GSС account to your GA account. By doing so, you will be able to see how your website's search traffic is performing and make necessary adjustments.

How to Remove Negativity from the Top 10 Search Results in Four Months? Improving DOM.RIA’s Reputation

We completely eliminated negativity in the top 10 search results and increased the number of pages with positive tones tenfold.